So much craziness in the news lately. Between the 2nd amendment issue and the gay-marriage issue, we have an abundance of reasons to scream at each other. 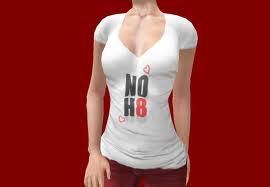 Most folks I know aren’t motivated by hate. They’re motivated by culture, religion, education, values and many other things-but not hate. Calling people who oppose your argument ‘haters’ is lame and intellectually lazy. Labeling your opposition as haters ends honest discourse.

Since I’m a problem-solver by nature, I’ve found a way to unite. A cause so basic, so pure and undefiled that no one can oppose it. Every Muslim, Jew, Christian, atheist, gay, straight, black, white, silver, poor, rich, bunny, deer and horned toad will unite behind it.

I’m unable to process the story of the Florida man who fell from the security of his bedroom into a man-devouring sinkhole. My conversation with the Texan went something like this:

Me: Doesn’t it bother you that a man innocently sleeping in his bed fell into a sinkhole and was never found?

Texan: People die in their bedrooms all the time. Cars careen into them. Planes crash into them. It happens.

Me: I KNOW stuff like that happens, but doesn’t it seem particularly random that dear Mother Earth would open up and devour a man in his bedroom?! The bedroom is the most intimate and serene space in the whole house! A place of respite and pleasure (hopefully). The crust of the earth licks its lips and burps after eating a tasty man-morsel? Is nothing sacred? Poor guy! Think of his family!

Roxy Doxy’s scientific explanation of the fragile nature of the earth’s crust and underground water saturation didn’t help much either. Sometimes, her theorems are beyond my comprehension.

Then, faster and noisier than a Nascar race, the answer crashed into me. We’ll form a group. A group in defense of the right to a safe earth. We’ll defend against collapsing bedrooms all across this globe!

Ladies and gentlemen, please join me in this new cause. DROPS–Determined Residents Opposing Pernicious Sinkholes.

Do I see your hand up volunteering to be President? Think about it. We need you!

P.S. While composing this post, a ring of the door bell and I gladly received these!

He came for all. Every single sinful one of us. All of us. Now that’s a message worthy of a rally! See you Sunday at your local rally.

He is risen indeed!!

I’m not saying AMARILLO OPERA’S  Candide rehearsals are mayhem. Quite the contrary, they are highly structured affairs run with military discipline and precision. I’m saying the show itself is brimming with mayhem. It’s As Westphalia Turns………

Much rehearsal time was consumed last evening with battle scenes and copious amounts of stage-death. Loved it!

Croaking onstage looks to be about the most fun and dramatic thing ev-uh! A few of the females expire, but it’s mostly the men doing the serious dying.

Don’t misunderstand my talk of dying. It’s funny. In some instances, outrageously hilarious. I chuckled and chortled, because I appreciate dark humor.

There’s definitely an art to dying onstage. Many of the guys were wishing for knee pads and complaining of sore hips. They were really grumbling after they’d fallen to the floor for the 5th or 6th time. Some of the men are as old as me. Imagine that!

The themes in Candide are as applicable today as they were in 1760. Where can happiness be found?

Don’t think I’m giving away too much when I say Voltaire and Bernstein agree happiness is found in your own backyard.

We’ll move the rehearsals to our performing arts center on Sunday. That’ll give us a little more room to dramatically expire. Good.

We are blessed with abundant talent in the show in every area….actors, singers, directors, conductors, musicians and all those who make things work behind the scenes. Hopefully, I can tell you about some of them in future posts.

Did I mention I’m having a blast? Like a geeky kid at theater camp. A belly laugh is a tonic that keeps me healthy. I should be in excellent shape when Candide is over.

Now, go and enjoy the happiness in your own yard!

The characteristics of the music implant in the brain first. Next, the words of each song tumble and sift through the gray matter until they fall into proper alignment. I’m spending about an hour each day working on memorization. Some of it seems easy, but I’m kinda stuck on a song entitled ‘Bon Voyage’. Melody, harmony, entrances and releases are not a problem, but the chorus has so many ways of telling this character ‘farewell’, the old brain resembles a jumbled scrabble board. I’m certain my mind works on these issues in my sleep (or lack thereof). Let me assure you, these are some interesting and audacious lyrics to have worm holing your brain.

This has been a week off regular rehearsals for Spring Break. We resume next week full-bore! Received the revised rehearsal schedule leading up to opening night and let’s just say I’m popping Centrum Silver like crazy and stocking groceries for the Texan. Plastered my head-shot all over the house so the Texan and Roxy-Doxy won’t forget I live with them. That’s O.K., because the Texan has lots of Duck Dynasty recorded and March Madness will keep him very well occupied.

Went in for my costume fitting. Met the beautiful and incredibly interesting Costume Designer, Patricia McGourty. She is designing the total look of Candide for Amarillo Opera. For a Broadway show or Opera opening, Patricia designs and sketches the costumes for each scene. The costumes would then be constructed or ‘built’ according to her specifications and vision. For our Candide, Patricia has pulled costumes from different companies around the country to use in our production. One of the wonderful perks of being involved in Candide is getting to meet creative people like Patricia. It’s a rush, I tell you!

For you costume-lovers out there, check out the sumptuousness.

Patricia was very kind in helping fit moi into a costume. Seems the chorus will have a ‘basic’ costume and we will be adding to or subtracting from depending upon our appearances in different scenes. I wanted to snap a photo, but Patricia wouldn’t allow it because the gorgeous gold-corseted bodice needed a little tweaking. No one can see it until it is perfect.

I SWEAR to you, Patricia had not read THIS BLOG POST when she chose this lovely top for me. She was blissfully ignorant as to my previous penchant for plunging necklines.

May I just say I ADORE my costume bodice? Sorry in advance if I embarrass the Sprouts.

Worth the price of admission.

Centrum Silver love to all.

Why am I perusing tack catalogs?

Have you figured out yet why I am enamored with pink rompers?

You know, don’t you?

The #2 Sprout is having another foal!!

It’s too soon to order these items, isn’t it? I should at least wait until she arrives in the latter part of May.

Sugar and spice love to all.